Interviewer: So, tell me about boarding school. You said the nuns were white? Watkins: Yeah. White and mean. [laughs] No, they were very strict. A couple of the nuns were from England, and so things you would learn more like the English system. It was a lot of discipline and I stayed on the punishment list. Interviewer: Why was that? Watkins: I just couldn’t be still, you know. No, it was just that I was just curious and active. I was always, you know—we had a dance, the boys would come over. I only got to go to the ones like Thanksgiving and Easter. So, they guys when they did meet me they would say “You new?” and I said “Mmm-hmm.” Interviewer: But really you just didn’t go? Watkins: I couldn’t go. I was on punishment most of the time, but the education side of it, my grades were very good, and I was a good student I think. I did create some real excitement. We used to go on walks on Sundays and we had a dam of about sixteen feet and I fell off the dam and broke my ankle. I didn’t miss any school, this was a Sunday. Sister drove me into Richmond for emergency treatment and I got a cast. Monday morning, I was sitting in school with crutches and my cast. Interviewer: So, your attendance and grades were good? Watkins: Yeah. Interviewer: So why were you getting in trouble? Watkins: It was just some of us that were kind of like mischievous, you know, we would kind of like do things. Interviewer: Do you have an example? Watkins: Sneaking into the sisters’ rectory and they used to have special cake and stuff like that. So, we used to participate and get us a little bit and we’d tell sister there was a rat in there. Interviewer: They didn’t believe you? [laughs] Watkins: No, they knew better. It was just about four or five of us. We weren’t bad. We just didn’t conform to strict discipline all the time. Like going up to bed and you’re supposed to be totally quiet and we would find some way to scare somebody going up the stairs and they would scream out. We’d get punished because they knew we caused it. It was that kind of thing. Interviewer: Things out of boredom, basically. Watkins: Yeah. Interviewer: Did you have any things, any subjects that you preferred and that you excelled at? Watkins: My science classes. Well we, it—they had some students that were preparing to go back then they called it secretary school. So those girls were taking typing and what have you and sewing, but I was in the academic preparation for college classes, so I took the maths, chemistry, biology, social studies, history. We took American history and we didn’t take Virginia history, but we took world history. We took American history and world history. Back in Texas they take Texas history and American history, but we took world history. My favorite teacher was the world history teacher because she was from Europe or somewhere and she knew a lot. She made it such like a story she was always telling us about certain parts of the world. That was one of my favorite, but I excelled in the sciences. Interviewer: Then you graduated in 1957? Watkins: I graduated in 1957 and I attended Texas Southern University. Interviewer: Right after? Watkins: Right after. Interviewer: So, you graduated in 1961? Watkins: Nineteen sixty-one. Yeah. Finished, got my first degree in 1961 Interviewer: So, when you arrived to TSU, tell me about it. Watkins: It was a real shock because, you know, you got all this freedom and guys in the class with you. I never wore a lot of make-up or anything, but then I started to try to find a way to wear makeup and whatever to be attractive. I still wore my Oxfords and socks because that was our uniform and up until my junior year in college I was wearing Oxfords and socks in college. Kind of still dressing a little uniform-like, you know. I didn’t wear a lot of flashy clothes and what have you. Initially, it was a real change. All of my professors, pretty much, were black professors and, you know, feeling comfortable in the classes, especially with the guys in the classes, but I got used to it. I didn’t take long to get involved in a lot of activities on the campus. Interviewer: What kind of reaction did people give you when you said you want to boarding school in Virginia? Watkins: Everybody just looked at me like I was some kind of strange thing. Boarding school, what’s that like? Those were the kind of questions that I was asked. Pretty much, I guess because you had a couple of times they would say to me, that’s why you wear those Oxfords. Interviewer: So, did you join any groups when you got to campus your first year? Watkins: Not really. Barbara Jordan was in law school when I got there. Everybody was on—Barbara Jordan and Mickey Leland, these were students there and they carried an impact on the campus. We had several other students that were very, they were just real model students. So, you wanted to kind of jump on their band wagon. Barbara Jordan was a Delta, a Delta Sigma Theta, so I joined the Delta Sigma Theta. The year that I was supposed to go over, you know, cross, my dad had a massive stroke and my mom said, look we don’t have this money and the only thing we can do now is pay for the things that you need and not the things that you want. So that was crossed out. I dropped off the line and I did become a Delta after graduate school. 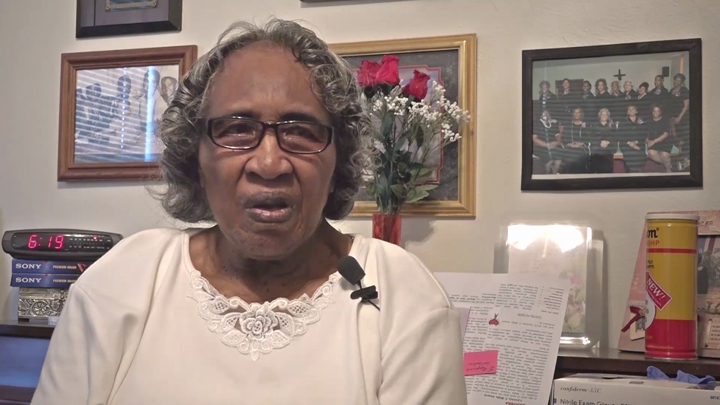 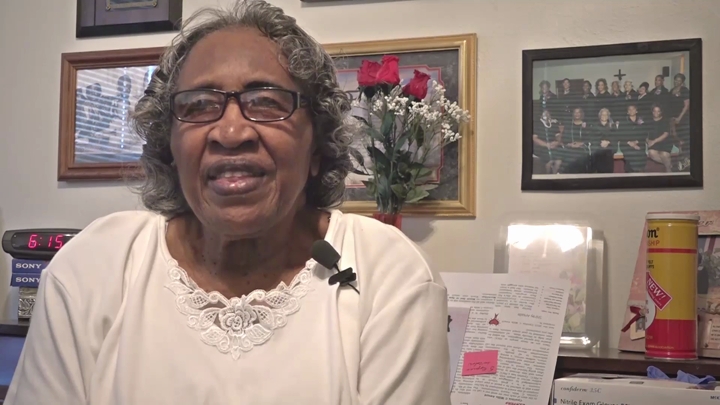 Whitiker / Sororities and Racism, Part One 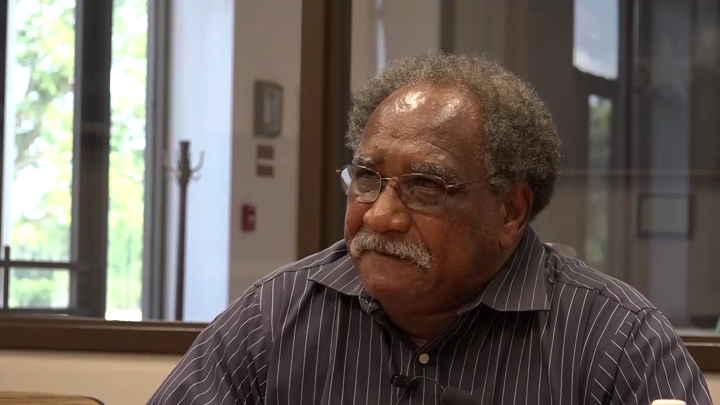 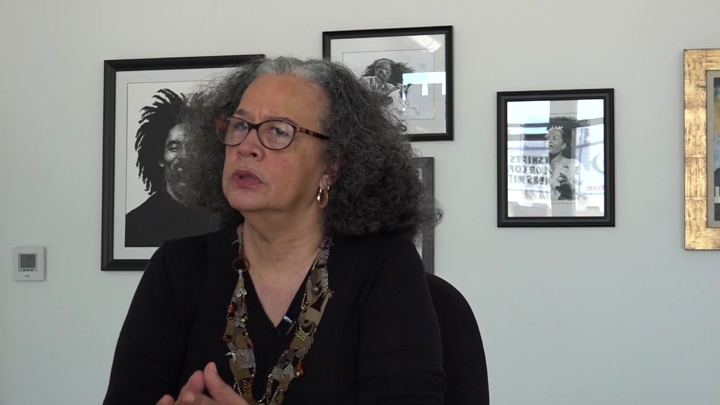 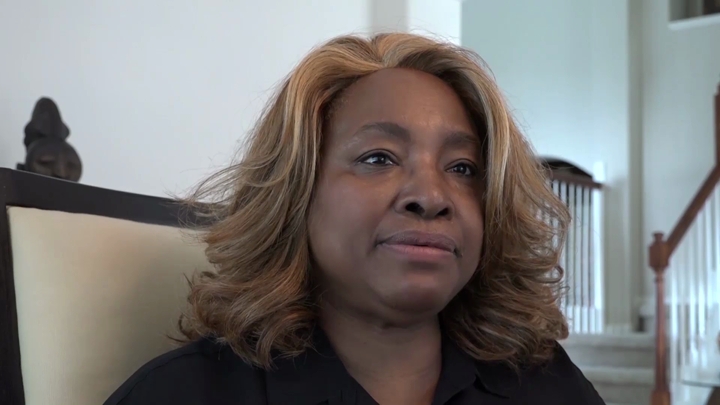