Interviewer: Tell us about the process of you immigrating. Maria Jiménez: Well, my father found it easy to get his paperwork because he is a skilled worker. He is a machinist. This is the period of the Korean War and they need skilled workers in the United States, so he entered legally. So at the time, the family, based on his legal status, entered easily and got their paper work done. I remember having to go to Monterrey where the American consulate was and extended the legal paperwork. It took about 6 months. Now, it takes a Mexican family 10-12 years to do the same process. So it was a fairly quick and easy process to enter legally. So my father went for us and we bought a used car and crossed us over the border. We crossed in the car, first stopping in San Antonio where some of my mother's relatives had migrated many decades earlier. Then, we went on to Houston where my father rented a house in what is now Magnolia Park. Interviewer: Can you tell us a little more about your parents, mother and father? Maria Jiménez: Well, my father Raul Gomez Jimenez was a machinist in Alto Sornos de Mexico which was the largest steel plant in Latin America at the time. My mother was a housewife. She was the daughter of a teacher – Ramon Flores Ortega. My mother’s name was Elba Flores Guerra. They were basically middle class. My father was considered working class. The y married and close connections to family that lived in the town Esantios, Cahuilla at the time. Interviewer: Were your parents involved in any movements in Mexico? Maria Jiménez: Well, my father was. He basically was a union activist. The union that was prominent at the time was a miners union. He belonged to a group that was trying to democratize the union. My grandfather- my mother’s father- was also a social justice activist and also helped organized the teachers in the ‘30s. So, kind of the issues of social justice was prominent in my mind from a very early age because of their activities. Interviewer: So, you come from a political upbringing in your genealogy and you cross into San Antonio into Houston, what were your first experiences coming into the states? Maria Jiménez: I think the was, I thought we were coming to live in a home that was much better than the one we lived in. We lived in an adobe house in Mexico. We had visited relatives in Monterrey to do our paper work, who I now realize were wealthy and had very nice homes. I thought we would have a similar home. I remember asking my father about that and he basically said, “Yeah, you will like the house when we get there.” And when we were crossing, one of the things I remember most is bluebonnets- the state flower of Texas- along the roads in Texas, because Cahuilla is a very dry state so you rarely see any flowers or vegetation. So that impressed me. Then, when we get to San Antonio, I remember seeing segregated busses. African Americans in the back of the bus and white people in the front of the bus. I remember asking my father and he said they have to do that. Remember this was 1957, so I thought it was strange and imprinted in my mind that this was the situation. Then, when we arrived in Houston, I was totally shocked that we were living in what I now know to be termed as a row house. One of those home where it was a small home where there were holes all over it, and my father living by himself only had a bed and I think a dining room. But my mother eventually fixed it up, but that is where we first lived. But then there was the frustration of not being able to communicate with the kids in the neighborhood. But there was a Mexican American family who happened to live next door and they were very friendly. They had been here for generations. They would try to include us in the neighborhood life. This was May of 1957. I started school in September- Franklin Elementary School- and was told not to speak Spanish I would be expelled. I remember living in fear of being expelled because I could not even ask where is the restroom or for water. Those were all offenses for expulsion back then. 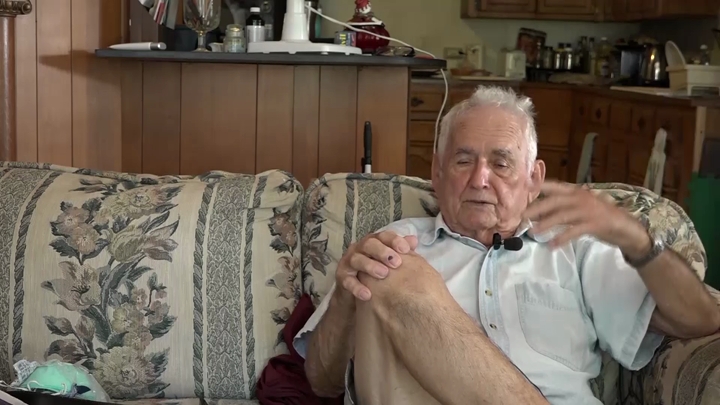 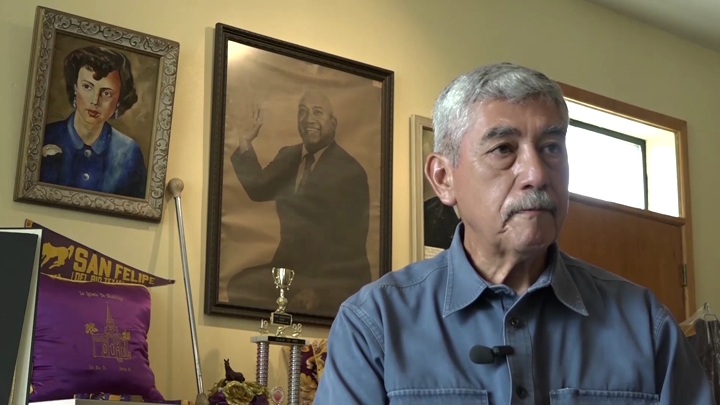 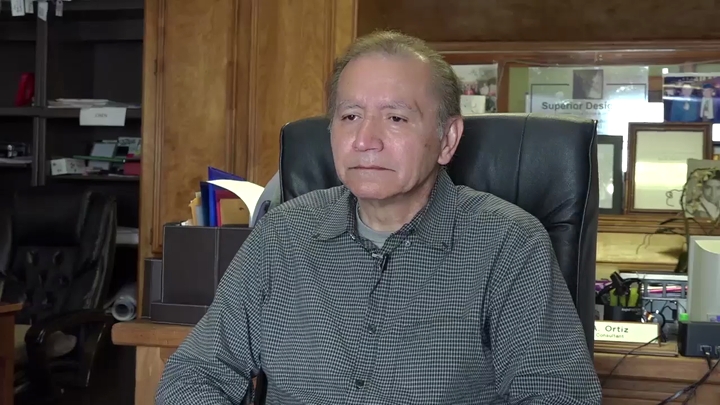 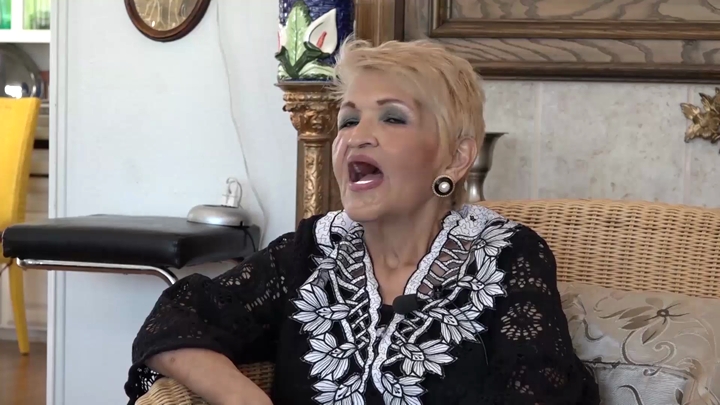 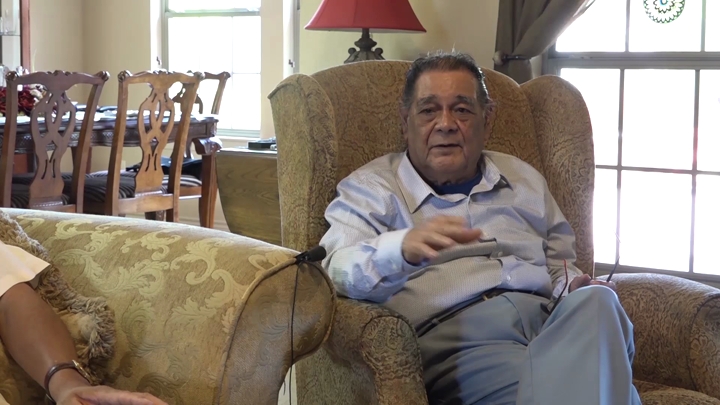