Crear / Being a Black Man in Houston, and in the Party

Interviewer: What was it like to be a man, a black man in Houston and what did it mean to be in the Panthers as a black man? Crear: Well, for Houston, like I was trying to tell you the differences between L.A. and Houston or the South period, discrimination was overt. It was—I never forget, we were in the courtroom they had put Charles Freeman—they accused him of having a matchbox of weed. Anyway, we in the courtroom and we had some white supporters down there and I had my hand up on the bench like this. Somebody told me “Man you better get your arm from around that white woman. You not in California.” I thought it was funny, but they were serious because it was overt. Being in the party, it was a lot of pride because we were standing up. Just like when the mayor and police chief made that statement on T.V. We looked at them, but it didn’t shake us because we were on a mission. Then a lot of people looked up to us. It’s just like my mother when I was in high school and this was before—I used to have a black beret that I would wear to school. She told me stop wearing it. She said it wasn’t because she didn’t support the Panther Party. She said she supported everything they were about, but she didn’t want me getting hurt. That’s the way it was for a lot of people. Lot of people had a lot of respect for us, but they weren’t going to step out there because it was dangerous. Even to this day, people—we had our national convention here in October 2014 and people were like “Man, the police going to be all over the place.” I said, “Man, we old—” (laughs) My neighbor, she came, she said she wanted to sit by the door in case people started shooting she wanted to be the first one out the door. So that image still lingers, and people misunderstand. So, a lot of people had a lot of respect for us but at the same time they didn’t want to get too close. They’re supporters but as far as like, hanging out, that type of thing. 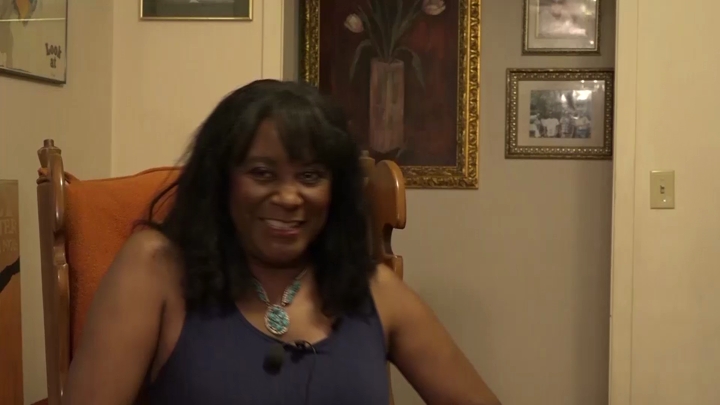