Interviewer: In terms of education, how much education did your mother garner? Calyen: Eleventh grade. Interviewer: And your father? Calyen: My father was a tenth grader? Interviewer: So, you graduated in 1968, what happened? What did you do after that? Calyen: I worked that summer. That summer was over, and I enrolled in the military. Interviewer: So, 1968 was very, I guess, prominent period. It was the year Martin Luther King, Jr. was assassinated. I know he was a great influence on your life, so was there any response to the assassination of Martin Luther King, Jr. in Conroe in the black community? Calyen: We had silent protestors. Nothing violent. Nobody did anything violent. Just had some marches that were in the neighborhood. Interviewer: Did this happen the day of or day after? Calyen: The day after. Interviewer: And just through the black community. Calyen: Yeah. Interviewer: So, what did y’all do during that silent— Calyen: Just had some marches and we—I can’t remember if it was a Thursday or Friday when it happened, but I know that weekend at the churches they was telling us to don’t start any violent acts. We would see some places where they were burning buildings and they were starting fires. A lot of protesting was going on. The preachers and the pastors—the people that were respected in the neighborhood would tell us, you know, don’t start any trouble and don’t get in no trouble that you can’t get out of. Interviewer: So, the years before you joining the military, there had been, I guess, a change in the support for the Vietnam War. Notable people came out against the war, like Martin Luther King, Jr. Do you remember having a response to Martin Luther King, Jr. and others denouncing the Vietnam War. Calyen: I remember Martin Luther King had come out and spoke against it, but I remember Muhammad Ali who was Cassius Clay at that time, he had said he wasn’t going to go because he was a conscientious objector and I thought that maybe I could do the same thing, but then I said well, I also had a sense of patriotism for the country. When I received my draft notice, I went to the courthouse. At that time, that was where the draft board was. I registered and at the end of the summer, they had sent me a draft notice. I said, well—my mom told me, “Baby, well you don’t really have to go” because at that time they had something, sole surviving son. I fit in that (inaudible) but I said wherever they send me, I’m just going to go. I didn’t try to protest against it or— Interviewer: At that time, you had a cousin that was killed in the war. Calyen: Yeah. Interviewer: So, how did that, you know, impact your decision to go? Calyen: When you’re a young person you think you are bulletproof, so I thought it wouldn’t happen to me. It didn’t apply to me, so— Interviewer: So, you joined the military in 1968. You were drafted. When did you go to Vietnam? Calyen: That March of 1969. Interviewer: What was your experience like in Vietnam? Calyen: Well, I was an infantryman so that meant I was out there walking around with a rifle. I had bullets and hand grenades. Walking through swamps and jungles and mosquitos and malaria. All the things that happen to you in the jungle. Walking around with my sleeves rolled up, getting all cut up. Didn’t know that I should pull them down. Finally, somebody said you need to pull your sleeves down because you’re going to get all cut up. They had something called “wait-a-minute” vines over there and they’d get you. They’d cut you up like you were in a knife fight. Interviewer: Prior to you going to Vietnam, had you had any travels outside of Texas prior to that? Calyen: No. Interviewer: So, you hadn’t traveled outside of Texas but you’re going to a whole other continent and country. So how was that experience like? Just seeing some of the different— Calyen: Quite a bit experience because I had written my mom and told her that I was going to be a paratrooper unit. She said, “A paratrooper unit? What do the paratroopers do?” I said, “Well, we jump out of planes.” My mom sat down and wrote a letter to my captain, at that time, his name was Richard Chickalittle. She wrote a letter to him telling him don’t make my son jump out of no plane because he had never been on a plane before. I had never been on a plane before. First plane I got on I had to jump out of. My captain didn’t do any good benefits to me— 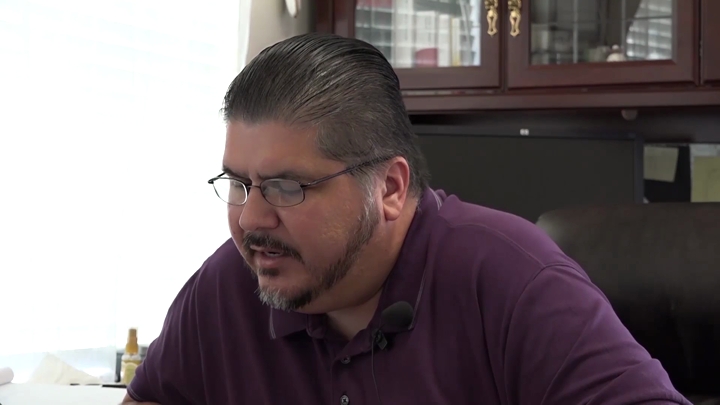 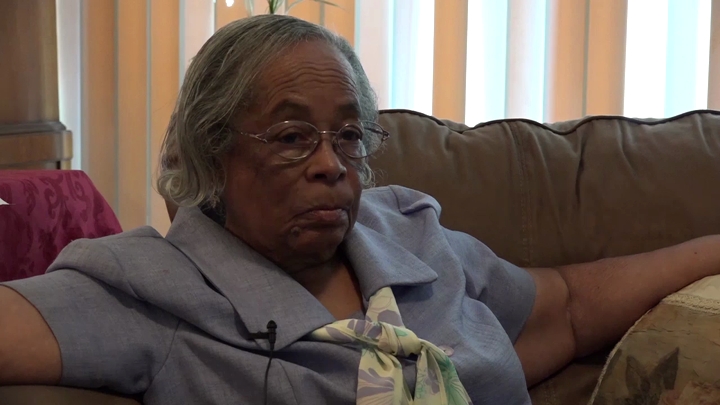 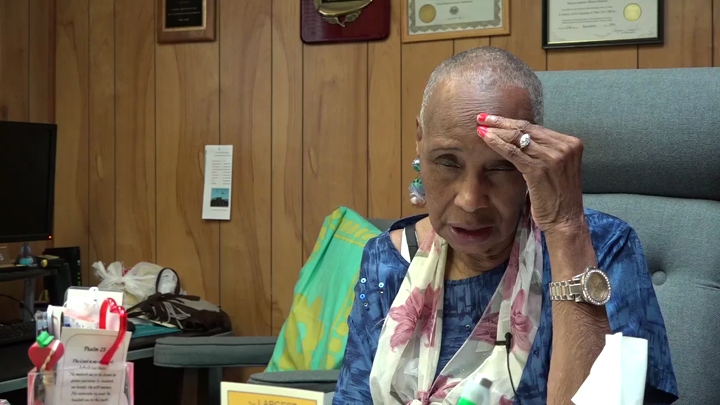 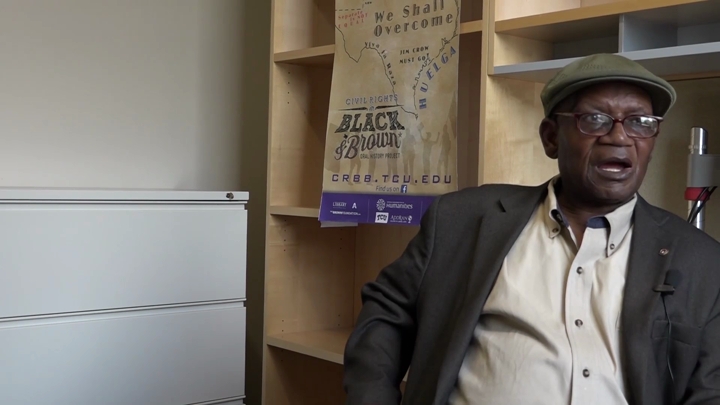 Jackson / His Years in Houston 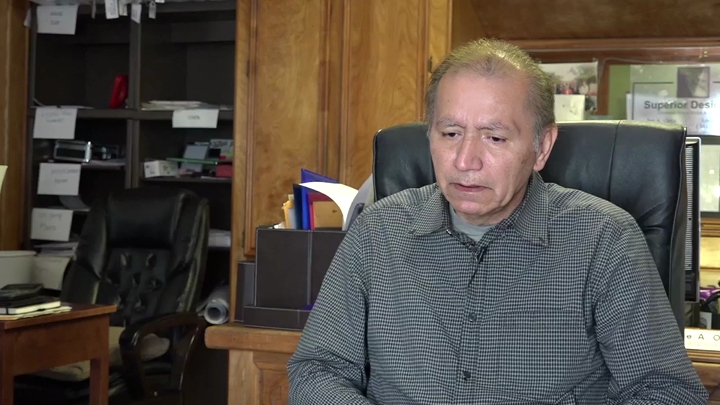