Jimenez / Leftist Ideology in the USA and Mexico

Interviewer: What is your view of leftism in Mexico versus leftism in the US, are they the same are they different? Maria Jiménez: Oh they are definitely different. Interviewer: How are they different? Maria Jiménez: I think the left I got to know in Mexico. You have the leftist ideology but that meant you had to organize the community and sometimes that community was not as advanced in it ideological formation. So you would have to go into popular movements. What I see in the US was leftist groups that did not work within the communities so they because very isolated groups. So they just protested, it is like what I see today. In Mexico that would be called a state of being contestarios which means you were answering and defensive. But you were not creating conditions that would put you on the offensive. They only way to put you on the offensive is by organizing the community and see mass movements. Even the armed, and those that believed in the Zapatistas and the clandestine arm movements they understood their role to be one linked to the political movement of the masses. So that – you do not see that in the US. Interviewer: That is a perfect segue into discussing what you have done in your most recent years. What have you done in the United States and what political movements did you get involved in? Maria Jiménez: I came back in 1985. I was actually gone about 10 years because I leave at the end of ’74. And I come back at the end of ’75. In Mexico I began organizing independent unions with a group of organizers who were very talented. I learned how to plan campaigns with them. So when I came back I began looking for how to link to the labor movement, but the labor movement here was way somewhere else. The only one I ran into was Eddie Canales who was working with the first attempt to organize the janitors back in 1986. Actually SCIU was one organizer, Sandra Spector. She was the only organizer they had. She started to organize the janitors. They went to union elections and they actually had already won a couple of buildings in the downtown area. So I helped them organize the third building where I did volunteer work with them, going house to house. It was primarily Central Americans and I had not known Central Americans. So part of it was relearning what the Latino Community was about. I came back to link up to the union. I came back to a defunct chicano movement. It did not exist anymore. I remember- I did try and make an effort to contact a lot of the Chicano activist and found that most of them were in institutions or. And I remember a lot of them said “I am on the board of this,” or “on the board of that,” and I said what are all these boards. I found out that the socialist movements I had been a part of had been institutionalized. So people were now participating in the institution and not building social movements. They only ones I saw building social movements was in the immigrant rights movements and this particular union drive. Which was busted by the INS one month after the third building voted union. The INS came and conducted a raid, basically deported the 150 workers who had voted for the union. But, you know in theory Carlos Spector, Sandra’s husband, was an aid to _______ (cannot understand the name) at the time and studying to be a lawyer so we had prepared to not answer questions an things of this nature. So we had prepared the immigrants base in case INS came. But when it came to a closed off building and these guys are in the INS office and officers with arms, we only had 30 who basically did not give any information and we built a whole community movement. And actually my experience in Mexico helped me because it also had not been experienced here of building- well and also the experience of the farm workers- so how do you build a community around a new movement. And 30 people were not shipped back so we were able to get them lawyers and they were able to- the other came back eventually because it was easy to cross the border. 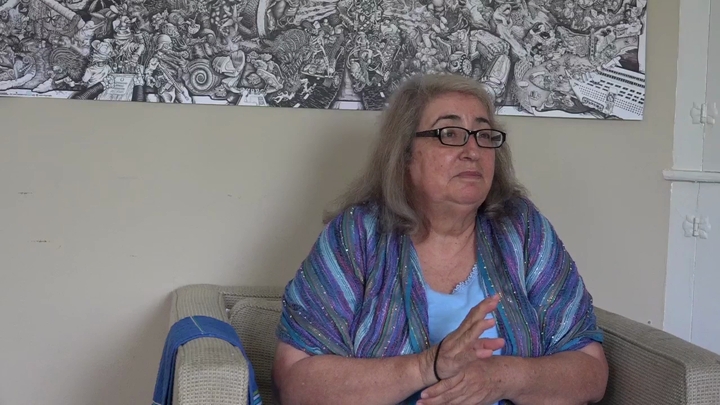 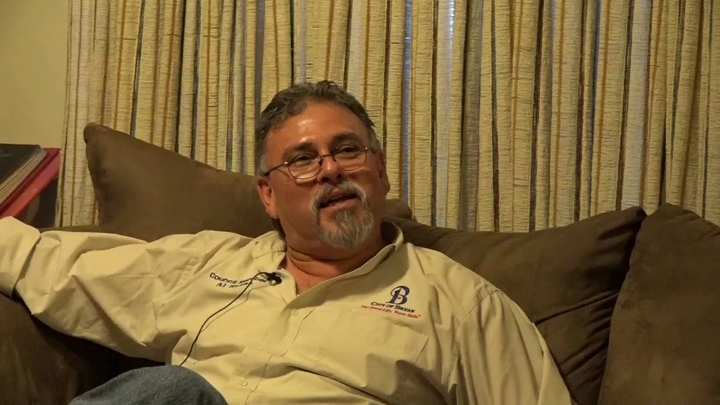 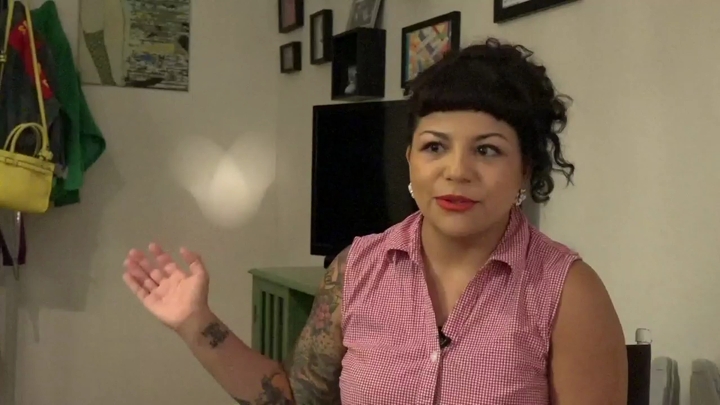 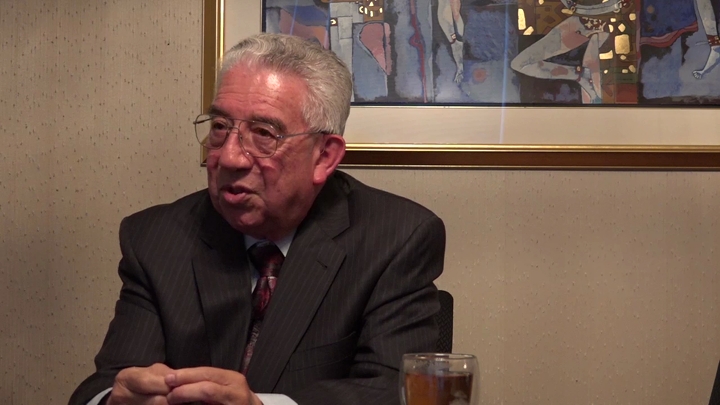 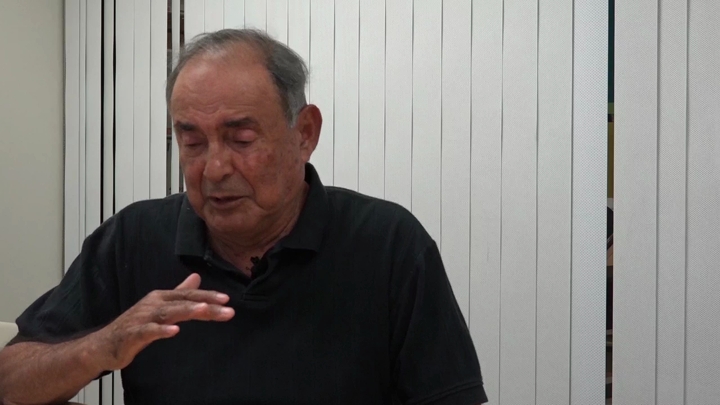 Cano / New Organization and School in 1973