Helena Abdullah: There was always something to eat and we always shared. Mother and daddy would make a big pot of pinto beans, and they'd put ground beef in it and have a big pot of rice almost as big as the pot of beans. If we had company, we always shared. I remembered, which kind of bothered me later on in years, a guy that lived down the street from us. He was a lot older than us. He'd always be down there close to supper time and it never bothered me too much. My daddy, a couple times, would say something to him as much as he would eat. What I found out years later because he told us, his name was John, that it felt so homey in our house because everybody gathered around the table, and everybody ate, and there was always plenty to eat. That's why he'd always try to come down when he thought it was time for eating. To sit with our family. Stuff that we took for granted. Never found that out until I was almost an adult. In fact, he had come back from Vietnam, so I was in high school when he finally told us that. I kept thinking, you know, the stuff that we thought were just everyday occurrences meant a whole lot to someone else. A lot more than it did to us. Interviewer: Were any notable experiences in middle school? Did you have a middle school? Was it separate? Helena Abdullah: It was W. Jones. It was Brooks Quinn. W Jones Elementary School was sitting next door. I had three friends, and I hope it's OK for me to tell their names. Sandra Rogers, Kellen Thorn, and Benita Patton. Benita was my cousin but on her mother's side, the [inaudible] side of the family, not the Patton side. The four of us would eat lunch every day. We'd bring our food and sit up under a tree and we'd take something, I guess someone would bring a knife, each of us would cut our sandwiches in fours and we'd pass. Everyone else would get a piece of someone else's sandwich. Those would be the best lunches because you never knew what the next person was going to bring, and it was always something fantastic. We always had bologna and salami from the grocery store, but my girlfriends would have hamburger sandwiches. I kept thinking they were so rich to have hamburger sandwiches. They thought we were rich because we got store-bought bologna. Which shows you, you know, people who don't get the same things that you have think that you're living a little bit better than them when you think they are living just as good or better than you. Just a simple sandwich. Caroline would always have, they'd always call them back then syrup sandwiches made out of brown syrup. My gosh those things were so good. I'd have store-bought cookies, or my grandmother would have teacakes, so we'd bring those. I remember those lunches like they were yesterday, because we'd sit up under the tree, open our brown paper bags and just divide our sandwiches up and we'd have our lunch. We did that all through junior high school for two years. Every day. Interviewer: Any notable teachers that you remember? Helena Abdullah: Yes. One of the guys that I remember over there so much was the principal. I believe his name was Franks. Oh my gosh, what was that man's name? He was a good-looking man and he always walked straight. He always, he would see you and say "Miss Patton," and he would say hello. He wouldn't say good morning, how are you? He would say, "Miss Patton." But the fact that he would recognize you was something, because he was the principal. Charles Frank Randall, that was his name. I thought, other than my daddy, he was the most handsome man to walk the earth. I realized after we had gotten out of there, Mr. Randall expected excellence from us. He always wanted us to do better and to be better. He would always post different little quizzes or little things in the hallways and he'd offer money if you could solve the riddle. I remembered one, this girl that was in my class named Sarah Blackshear, he had one on the board close to where our P.E. class was, and it said, "If you have a bucket of water and you have a jar, if you fill the jar with the water from the bucket, but you leave the jar in the water, why doesn't the water go down?" That was too deep for me because I was too fast, I didn't want to think about anything like that, but Sarah solved it. She said the reason the water doesn't go down is because the mass is remaining the same inside the bucket. You're filling the water into the jug but it's still taking up the mass of the water. So that's why the water wouldn't go down. I thought that was brilliant! After that, I thought she was the smartest thing that I'd ever seen. It just took some reasoning I guess and me not taking the time to reason. One of my favorite teachers over there was Mrs. Orom. She was extremely strict, and she was our P.E. teacher. I can't remember too many people other than the two of them. 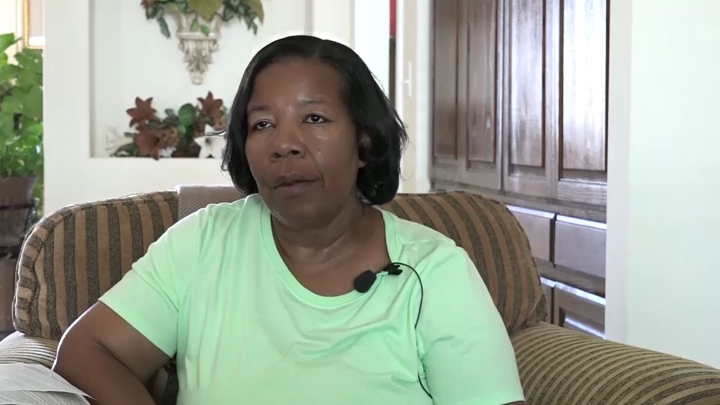 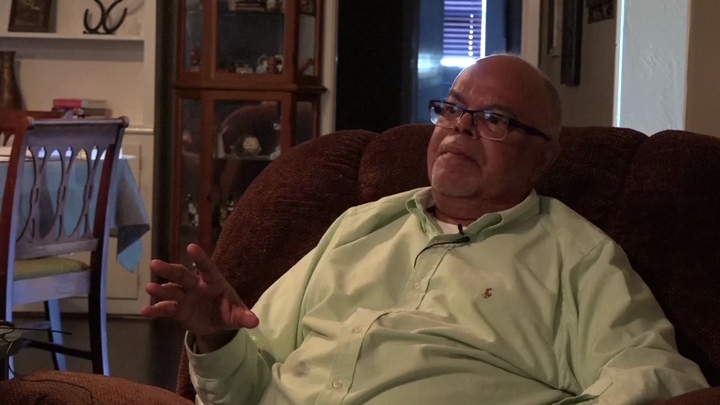 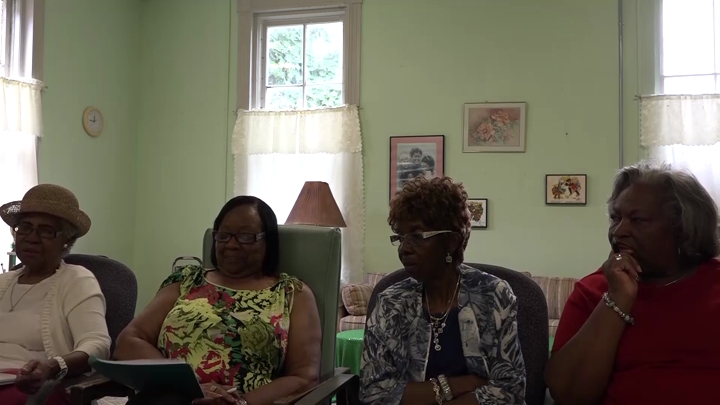 Chumbley / Segregation and Discrimination in Nacogdoches, Part One 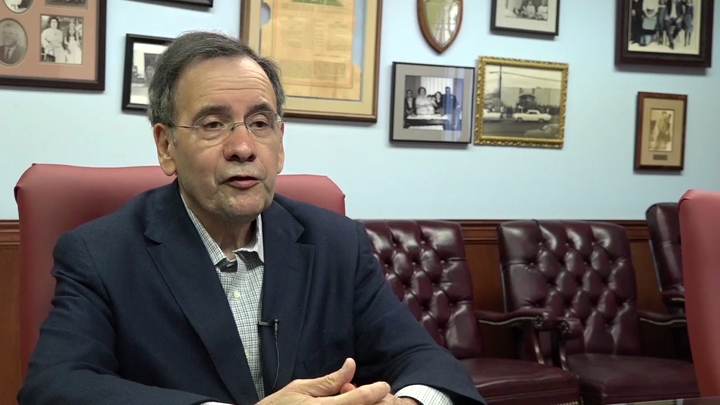 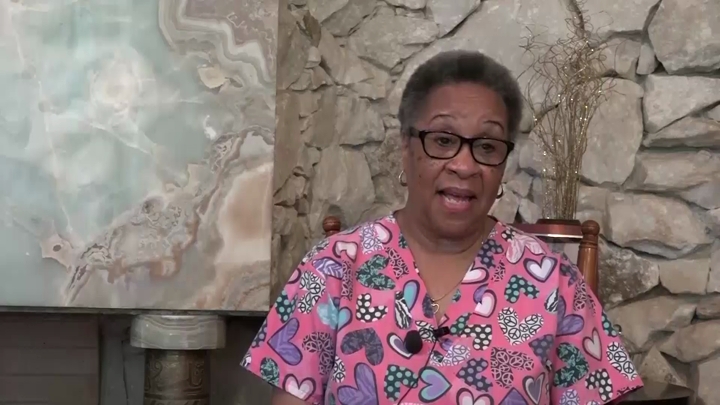