Watkins: My name’s Halcyon. My maiden was Sedberry and my married name Watkins. I was born in Bryan, TX in 1939. June 14, 1939 in Bryan, TX. Interviewer: Okay, and who were your parents? Watkins: My mother’s Sylvia Viola Seely-Sedberry and my dad Oliver Wayne Sedberry, Sr. Interviewer: We may know this but just for the record, how many brothers and sisters did you have? Watkins: I had one brother, and one deceased sister. My sister deceased, there was three of us. Interviewer: You were born and raised in Bryan? Watkins: Partially. My dad was working here in Hempstead. So, I started grade school here in Hempstead and then we moved back to Bryan in 1948 and my dad became a principal of one of the elementary schools there. When I got to high school, I went off to boarding school in Virginia. My brother and my sister, all three of us went off to boarding school. I graduated high school in Virginia and then I came back to Texas and I went to Texas Southern University. So, Bryan is my home, but I didn’t spend all that time in Bryan. Interviewer: So, did everybody go to boarding school at the same time or was it beginning high school years? Watkins: It was during high school years. My sister went away first and then I went away, and my brother went off to military academy. Interviewer: What was the name of the school? Watkins: My school was St. Frances de Sales High School in Powhatan, Virginia. Interviewer: What year did you graduate high school? Watkins: I graduated 1957. Interviewer: Was it an integrated school? Watkins: It was all girls boarding school. All the nuns were white, but no, it was for black students. The military academy was the only military academy for black Americans and the girls school was across the James River from the boys’ school. The schools were started by the Drexel sisters. St. Catherine Drexel was the one for the girls’ school and her sister—I forgot her name, but she wasn’t a nun—she was over the boys’ school. They started the two schools for Indian and black Americans. Interviewer: Tell me about your parents. What did they do for a living? Watkins: My dad was a school principal and my mom was an administrative assistant at the local school, but prior to that she worked here on the campus and the extension department, well the ag extensions there while my dad was working on his master’s degree. Interviewer: Where were your parents educated? Watkins: My dad was educated here in Texas. My mom went to school in Virginia, the same high school that I went to. She finished that high school and she did her bachelor’s degree here at Prairie View. She only got a bachelor’s degree. My dad got a master’s degree from UT in administration. His bachelor’s and master’s degree, well part of his master’s degree, I guess you’d call it a partnership program with UT for him to get a principal’s job. So, he went to UT but actually, his master’s was awarded from Prairie View. Interviewer: So, it was like a proxy? Is that what they called it at the time? Watkins: I don’t know exactly what they called it but the only way they could get the training for what they needed was at UT, so arrangements were made for those students to go to UT and then come back and get their degree from Prairie View. So that’s how he got his principal’s certification. Interviewer: What year did he finish school? Watkins: I would suspect it might have been 1940—all of it was going on between 1948, 1949, somewhere around there. Interviewer: So, by the time you were born he had already? Watkins: Oh yes. My dad was already a teacher when I was born. Interviewer: And where did he teach at? Watkins: He taught at a school in Carls, TX called Smith Grady. It was one of those Rosenthal schools. He was the principal, the teacher, the whole thing, the whole works at that school. He had four teachers with him and they all lived out there. Interviewer: It was a segregated school? Watkins: It was just for black kids. We lived out there. We were born in Bryan, he built us a home in Bryan, but we lived out there during that time. When we moved back to Bryan, Wayne—my brother—was born in Bryan, too. Interviewer: Then you stayed there until your high school years? Watkins: In Virginia, but that was our home. We come home every summer, yeah. 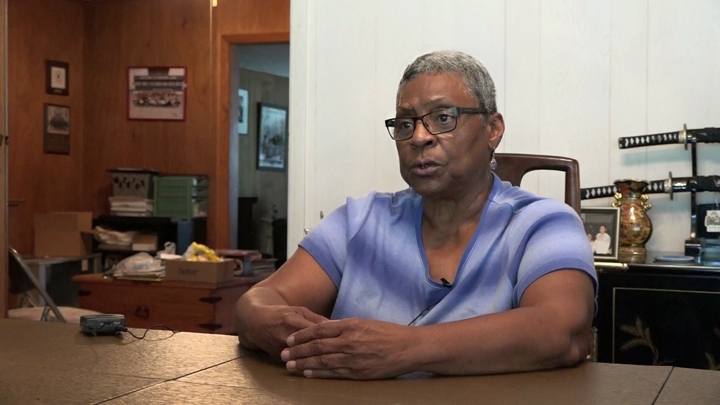 Watkins / A Call to Do Something for Ourselves 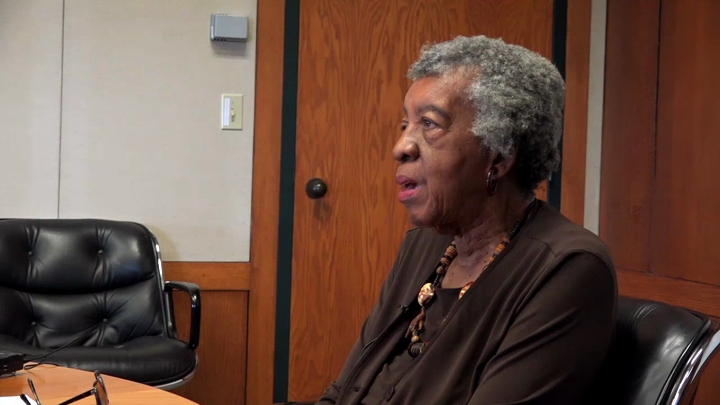 Poindexter / Memories of Growing Up 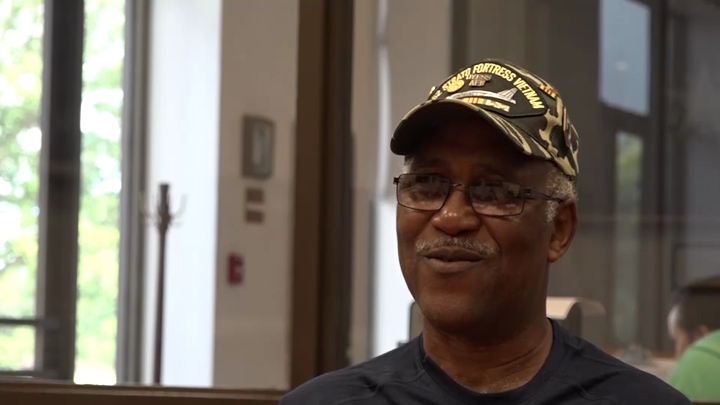 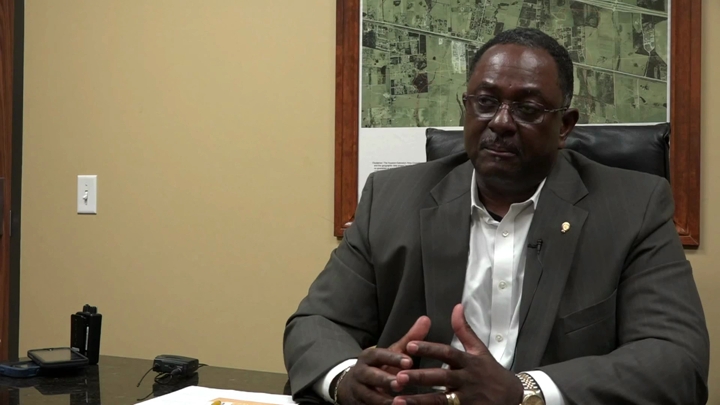 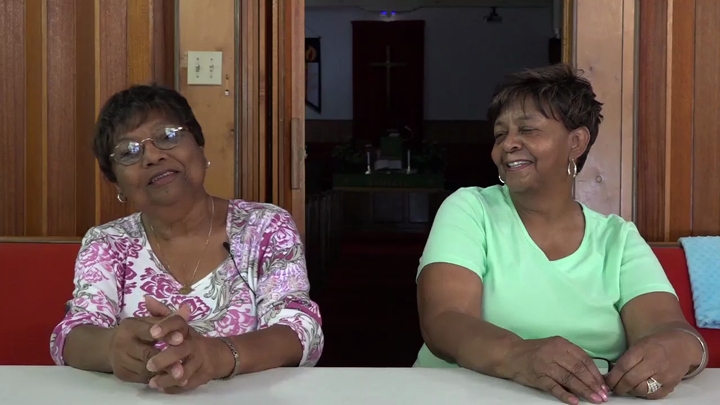