Montejano: And I also ended up in the- God this sounds like a confession. I also ended up in the office of the dean of student affairs. The dean of students. And Sister Jane Elizabeth Gonzales, I think she came to hate me. They had rules. At first, you could not wear sleeveless dresses. You had to wear hose. You had to wear dresses. Here I come in horachas, chanklas, sleeveless dress. At least I was wearing a dress, you know, because I did not grow up wearing dresses. I grew up with boys. At least I wore dresses. I was like, come on man, those are antiquated, those are out. And I am walking down 26th street in heals and hose because you know what every vato is going to do to me? They are going to stop and ask me. And this way they will not bother me. They did, but not really, you know. A And so, she was like all old school. “These are the rules. These are the rules.” Yiddy, yiddy, yiddy, you know. The following semester, they let the guys come in. Before that it was all girls. They let the guys come in and that is when everything really started changing because here comes these vatos from the barrio, you know. Yogi, and Hiloy, and here they come. Well, it did not take us long to bond together because we are all from the barrio. Roger, gosh all these guys, man, they came in and things started to change. Of course it was a political charged climate at that time, you know. Arionus: Well, tell me bout that. Montejano: Well, Rosie Castro was there. She went to the same high school I went to. She was a senior and I was a freshman. We had initiation at that time. We had the “slave days” and they would auction the freshman off to the seniors, and then we had to do. That was there fundraiser. We had to do whatever the seniors did. Well, Rosie bought me. I thought she was a kind slave owner [laughs]. She was pretty kind because she did not make me do any of the stuff that everybody else. They were getting dressed up, you know baby doll clothes, being paraded downtown with te teras (?), you know. She did not make me do any of that. Arionus: The community welcomed this? Montejano: Well, at that time it was okay. The freshmen were not too happy about it. I was looking forward to becoming a senior. I was like I am going to blah, blah, blah. But, by that time they had gotten rid of the practice. I did not- they did not auction off freshman. They did not initiate freshmen my senior year. It just did not happen. Anyway, Rosie was at Our Lady of the Lake, and she was in the Young Democrats. She recruited me to participate in the Young Democrats. But let me back up, before I graduated from high school 1968. Hemisphere. 1968. April. My brother, David, and his friends came down from UT in Austin and some of the people from San Antonio. They were protesting because they were going to raise the taxes. And they razed the Victoria Courts, which was another housing area. They were protesting, bueno. My mother, bless her heart, even though she did not agree with what they were doing, protesting and all that. She makes this big old lunch for all of them protesting. Tacos and Kool-aid. She puts me on a bus. I did not want to go and she said I have to. My mother, you could not say no to my mother. I do not care what, but you could not say no. So, she put me on the bus. I went downtown with a big bolsa with tacos and drinks. “And make sure you bring”- they were Tupperware glasses with the lids- “And make sure you collect the lids and Tupperware”- and all this stuff. I said, “Okay, Okay.” So, I am distributing these things, you know, and one of my brother’s compeneros sat down next to me and said “hold my sign while I eat.” So, I am holding the sign protesting the taxes, Tapada, and who’s coming down the entrance? If it isn’t the principal and the nuns from Little Flower High School. Yo ta pendjita. “Hi, Sister [waving], look at me.” And, I am holding the sign. They are filming, the TV cameras, or what ever they are filming this stuff. Next thing you know, Monday I was in the principal’s office. 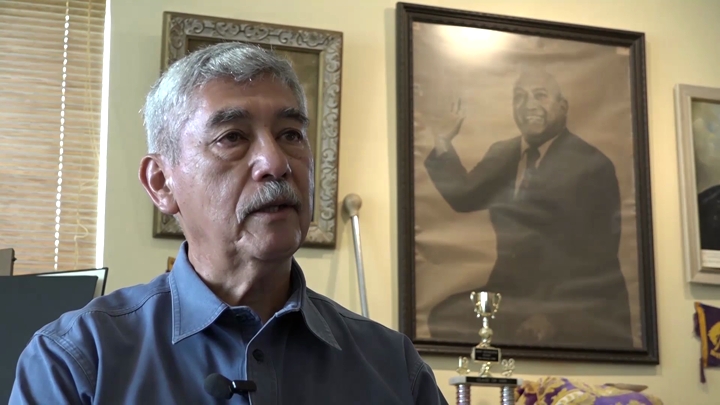 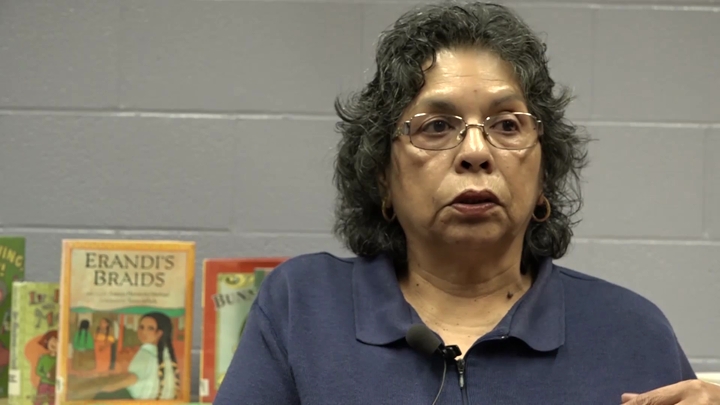 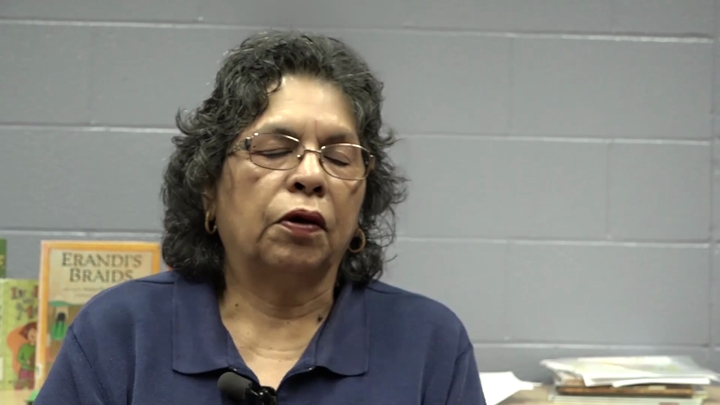 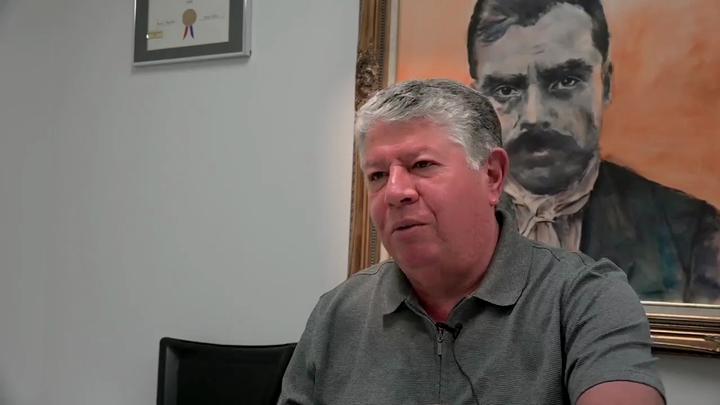 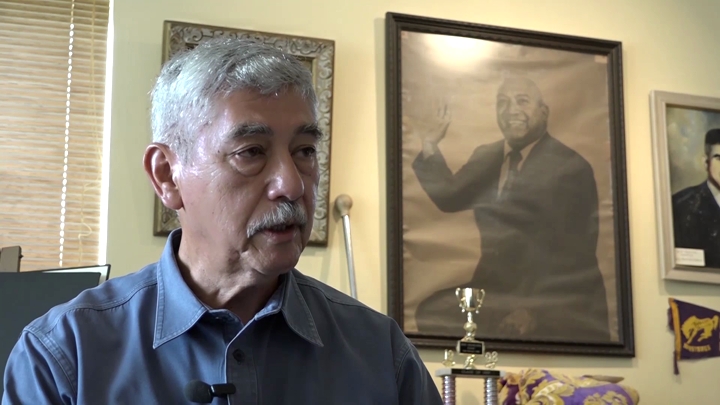