Calyen: Henry N. Calyen Interviewer: And your current or former occupation? Calyen: I’m retired. Interviewer: So, what was your former occupation? Calyen: I was a letter carrier for thirty-eight years. Interviewer: Alright and place of residence, meaning town? Calyen: Conroe, TX. Interviewer: And today’s date is July 6, 2016. So, when and where were you born? Calyen: I was born right there in Conroe in 1949. Interviewer: And who were your parents? Calyen: Joyce Benson and Henry Nash. Interviewer: And did you have any siblings? Calyen: I’m the only child. My mother raised six other children, but I’m the only birth child that she gave birth to. Interviewer: Wow. Where did you grow up? Calyen: I grew up here in Conroe. I lived here until I was eighteen. Interviewer: Wow. So, all in one place. Calyen: All in one place. Interviewer: So, what was your childhood community like growing up? Calyen: This area was mostly rural. People had pigs and they had cows and they had horses and different types of livestock. There wasn’t a lot of recreational things to do, so basically kids played baseball and had sandlot football and basketball and all those activities. Basically, we played a lot of football around here. Interviewer: Was your neighborhood segregated? Calyen: Yes. Interviewer: How was that experience? Calyen: We have what’s called a dividing line. This side of the tracks was Dugan, Pal, Medley Quarters was primarily where black people lived and on the other side of the tracks where the white people lived. Interviewer: Did the black side of the community—did y’all have any black businesses? Calyen: Sure. In fact, I worked for the guy who owned the biggest black store in Conroe. His name was Clint Morris and he had a grocery store on a place called Henderson Hill. At that store, he did meats and breads. It was a full stocked supermarket in the black community. We had other stores in the neighborhood. Mr. Collins and several other black businesses, restaurants. We had pretty much anything in the neighborhood that you could go to other neighborhoods and get. Interviewer: So, there was no need—the neighborhood was pretty autonomous so there no need to go to the white side across the tracks? Calyen: Well, if you needed banking or stuff like that. Loans, the hardware and places like that. We had to go to the downtown area which was where all the businesses were. At that time, it was—downtown was Whackers and Benjamin Franklin and record stores and now its all law offices and judges and lawyers there. Interviewer: Where did you attend elementary school? Calyen: At that time, there was only one school in Conroe and that was for the blacks. That was Booker T. Washington Elementary, Junior High, and Senior High School combined. Interviewer: Was it a large building? Calyen: It was three building. In one building, the elementary was one through four. The second building was five through eight and the third building was nine through twelve. So, it was three buildings and a cafeteria and a gymnasium and that’s what we did. Interviewer: Any notable experiences in your elementary school? Calyen: Elementary school, it was segregated too. It was all black teachers. They lived in the neighborhood. They were concerned about your learning and participation in school and they tried to make sure that you were a good human being. Interviewer: Did any teachers have a particular impact on your life? A big impact on your life? Calyen: Oh yeah, sure. I can remember all my teachers from grade one through twelve. My first-grade teacher, at that time, her name was Mrs. Mackins and she later became Mrs. Moses and she later became Mrs. Anderson and I got to see her in all phases of her life. She was my first-grade teacher and she was a real what we would call a “lady’s lady.” She was real nice to first graders. She wasn’t a yeller or a screamer. She was a real calm acting. She had a great impact on my demeanor. Second grade teacher was Mrs. Bradley. Mrs. Bradley was a person that didn’t play around. If you did something—at that time, there was corporal punishment. They could spank you or whip you or whatever you wanted to call it. They could correct you. Mrs. Bradley would do that if she had to. I think Mrs. Mackins was one of my greatest impact teachers. She was my first-grade teachers and I have to say in my sixth grade was Mrs. Hicks. 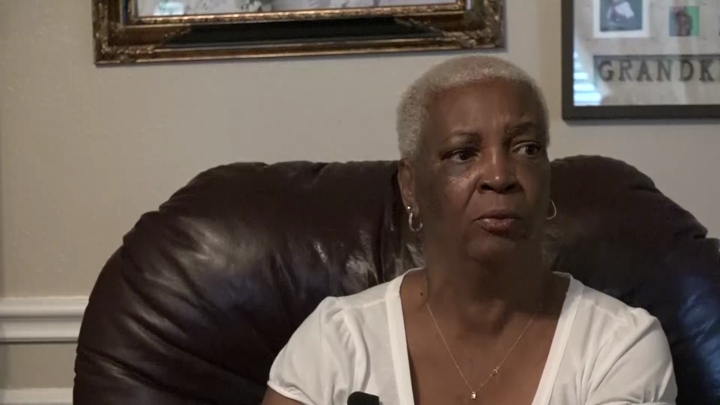 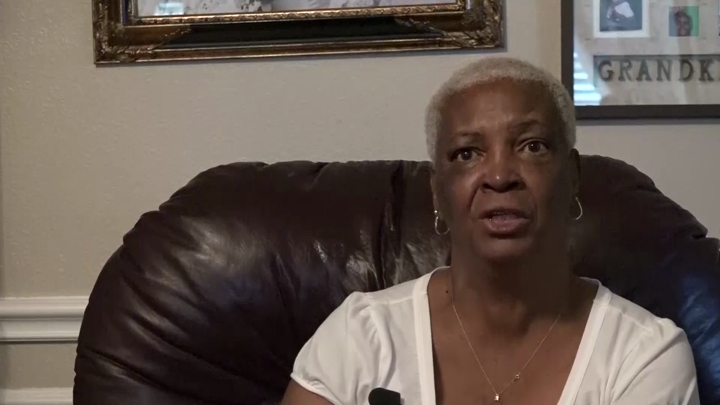