Interviewer: Can you remind me what year you started high school? Payne: I started in 1982? Nineteen eighty-three? Nineteen to 1986. Interviewer: So, I wanted to talk about some of your experience going to U of H and maybe how you compared Houston to Beaumont, going from this predominantly black environment to, like you said, a PWI institution. How as that for you? Payne: It was, I’ll be honest, scary because I had heard so much that the only reason why you’re successful is because you had been attending a black school. I didn’t think that. My teachers had taught me that that’s not it, you know it, but I had never done it. So, I’m sitting here saying I know I can compete—I’m saying it to myself, I know I can compete—but I’ve been hearing all my life that you can’t. Even some of the blacks were saying, you know, we can’t compete. So, there was another side of school on the other side of town, TJ, and they were a diverse school. Probably 40 percent black, 60 percent white. Interviewer: This is Thomas Jefferson? Payne: Thomas Jefferson. To some extent, some of the blacks over there thought that their school was a little bit better than our school. They were a higher performing school than our school and, you know, that’s fine. We’ll see. So, when I got to the University of Houston, I’ll never forget, my first class was economics. I walk into class and there’s were two hundred eighty-something students and there are four blacks: me, Gwen, David and I forgot this other young ladies name. Of course, we all sat together. No real reason other than I knew David. He played football and we were in the basketball gym at the same time, so I sat next to him and Gwen sat next to us. We wound up studying together and just knew because I knew that I knew. So, when the grades came out, we all had A’s. At that moment, I was like see, I knew I was going to compete and they could compete, and David could compete. I don’t know what she got, but she didn’t study with us, but we had A’s and there wasn’t a lot of A’s given in that class. When you got to the University of Houston, let’s not forget, U of H was not oh-so-liberal. They still had a lot of issues at the University of Houston while I was there. One of the classes I took, statistics, the professor there called out all the A’s. It was probably a hundred students and he had five A’s in a class. So, he would—because you didn’t give names, you would have a number—and he would call out the number and number 87 and you would raise your hands. Oh, Miss Jones, one of my A’s. So, he said he had five A’s. I thought I had done pretty good on the exams, but I didn’t know. It was logic. It was logic, not statistics, and when he handed me mine he said number 52. I grabbed my paper and he placed it down. So, I figured well I guess I wasn’t one of the A’s, and I turned it over and I had one of the A’s. You called out all the A’s, but me. Well that’s alright. I still got a ninety-seven. You don’t have to recognize it, but at the end of the year that’s going to be my—so, I mean, going to U of H was nice. It was better, but it wasn’t perfect. My year in 1989 we had a black homecoming queen; Shannon Holmes and she did not get recognized in the campus paper. We had a big racial issue dealing with that. Surprisingly, I led the fight to have it recognized in the campus paper because they didn’t recognize her and the last time—she was only the second black homecoming queen the University of Houston had. The first one was Lynn Houston and she was killed and so we have a park in Houston called Lynn Houston. Then, as a result of the position I took, and the position that many of the black student union members took, we had a lot racial issues at the University of Houston. Same time Westmoreland had called the Mickey Leland International Airport—he made a racial derogatory comment about it. That was going on at the same time. They weren’t recognizing our campus homecoming queen in the campus paper and I took a very strong position on that and led a—I don’t want to call it a revolt, but we were very active in displaying our disappointment to the administration about that. At some point, I had to have campus police and all the other stuff around us because they were trying to mess with our cars and all kinds of stuff. A lot of people were using it for intimidation purposes to kind of, you know, we’re gonna mess over you and make you not act like that. I’m like, guys, you have no idea where I’m from. If you think this is bothering me, you’re missing the boat. This doesn’t even touch the stuff that I’ve been exposed to. This doesn’t phase me at all. Campus police are like do you need us to walk you to class. I’m like, please, I’m fine. I got this, don’t worry about it. So, U of H was better, but it wasn’t perfect. 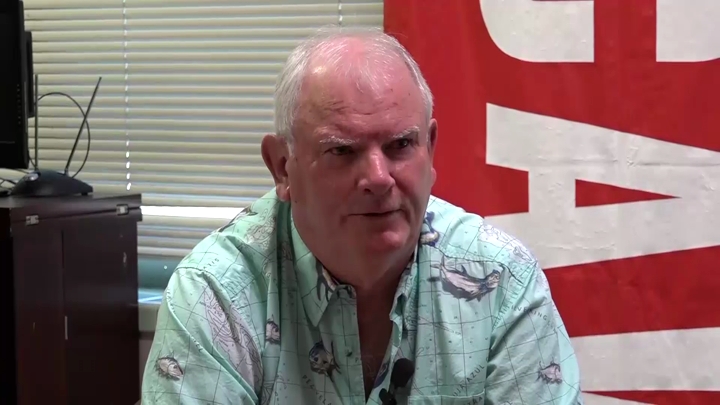 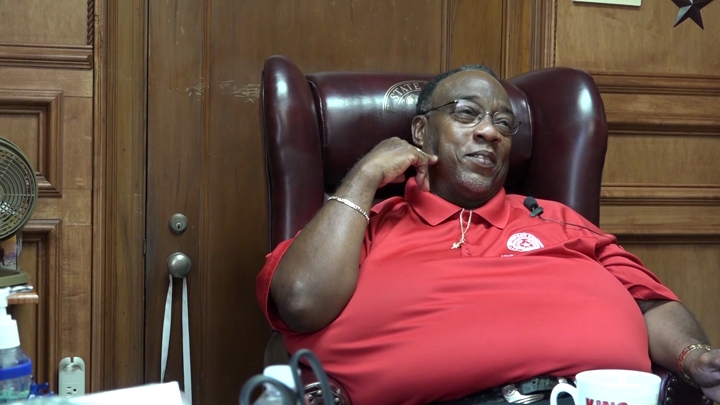 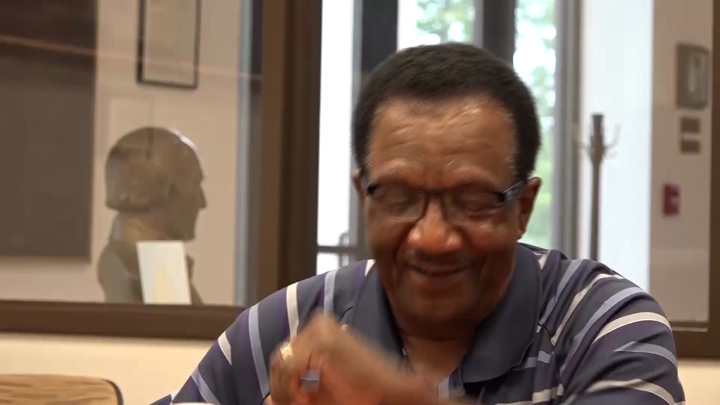 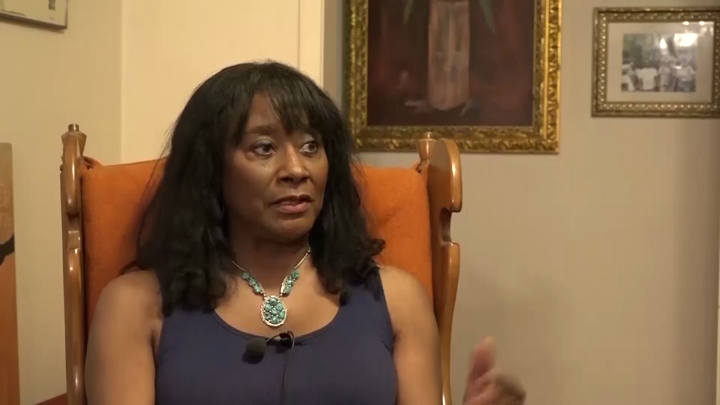 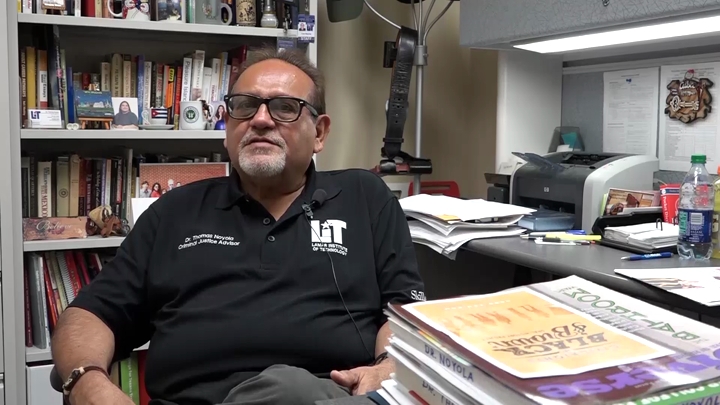