Interviewer: At some point you went to California. What year did you go and why? Aaron: I went to California because the Black Panther Party was going through—I don’t know, they was calling it a consolidation of power. In other words, they were calling a lot of people from all over the country to Oakland. The idea was to concentrate our power to take over the city of Oakland. At this time, the Black Panther Party was calling people from all across the country to Oakland and Houston was one of the places that was called. So, party members went to Oakland. When they did that, I was in jail. I did two years in Harris County Rehab (inaudible) incident on Dowling. So, when I got out of jail, the party was already gone. The chapter here was already in Oakland. So wasn’t nothing for me to do but get out and go to Oakland myself. That’s what I did. Interviewer: What was it like in Oakland? What were y’all doing there? Aaron: Working hard. Trying to take the city. Like I said, they had called a bunch of members in Oakland. We had a bunch of Panthers up there at the time because a lot of people from all across the country was up there. People from Seattle people, Washington people—from all across the country—Chicago Panthers, Louisiana Panthers. All of us was up there. It was an awesome experience to go through that. We was basically working every day trying to, as we say, make a revolution. Take power for the people. That’s what it was about. That’s how I ended up in Oakland. We were called to Oakland. Not just us in Houston, but chapters all across the country was called to Oakland. This is during the period when Bobby Seale started running for city council and all this stuff. 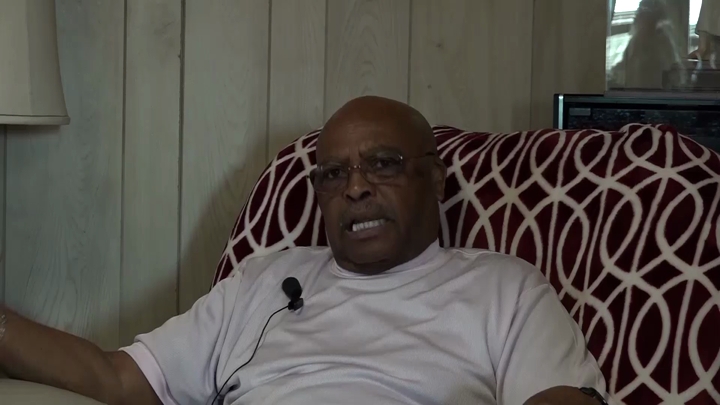 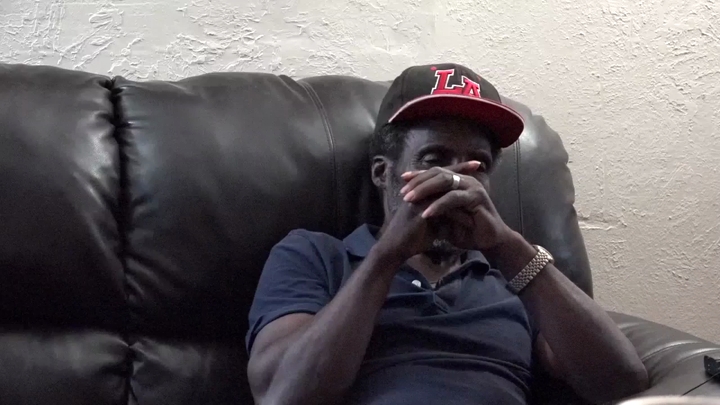 Aaron / Describing Self Then and Now 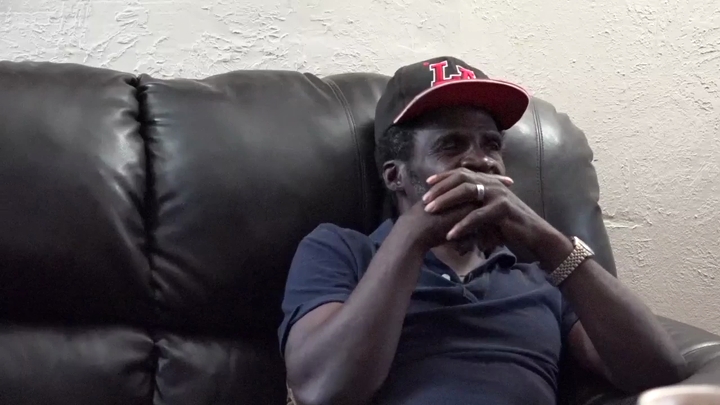