Interviewer: You started after the first march, and you got the response that you got. What happened next? Helena Abdullah: We felt like, OK, it started for the campus. There needed to be some worldwide change. I wish I could remember. It may have been Mr. Weaver, at his behest, that we started talking about the job situation here. During that time, the second march, either before or after that second march was when the boycott began. We knew the disparity in hiring everywhere: the city, department stores, grocery stores, wherever you could think about here in Nacogdoches. There were no blacks and if they were, they were in a menial role. Subservient, you know? They didn’t have any job that was important, and we needed to change that because our dollars were going to these stores like anybody else's. It was effective. It took some months. I remember that lady getting hired in the water department. There were one or two people that were hired in the department store. One was hired as a seamstress. That still was something. It took a while for a lot of the other stuff to start hiring. I know one lady, her name is Malorie, she started working for the gas company. My cousin got a job. She was working up at the bank. It was some years later before she got a job as a teller, but she was the clean-up lady up there. Interviewer: So y’all got results? Helena Abdullah: They were somewhat slow in coming but they came. Interviewer: How did y’all get the rest of the black community to buy in to your idea of doing the boycott? Helena Abdullah: We didn’t realize how tired and fed up people were because it wasn’t talked about. When we started the boycott, I was so happy and amazed at the same time. Nobody went downtown. We were walking the streets downtown during the boycott. We were visible all over downtown. So, no black was going to come downtown and shop while we were walking the street because we were going to tell everybody. So, they weren’t going to be seen downtown buying anything. They started carpooling going to Lufkin, Tyler, wherever for shopping. It was amazing how the community really came together for us. Interviewer: Did you think because they felt like it was time and they had some kind of want to do it? Helena Abdullah: Not knowing where to start. I think the youth in the community, having youth and fearlessness in a sense, and knowing that we were stepping out front. We better get behind our kids. We better show some support. Interviewer: Do you think the fact that they knew about what the law enforcement could do, that because they sensed danger for their children they may have? Helena Abdullah: I think so. I think in the same token, the adults wanted to be visible so there was another voice, too. Because we had a lot of adults that joined in the marches. It wasn’t just kids. Interviewer: You said Arthur Weaver was involved early on. Helena Abdullah: Yeah. Early on. He was at every march. Interviewer: How intergenerational was your movement? Helena Abdullah: We had, during that time, Elda Crawford. At the time when we marched he had to have been late seventies. Mr. Weaver was probably in his sixties at the time. Now keep in mind, none of the educators were out there. Nobody from the school districts. I don’t remember any teacher, no principal. Interviewer: Why do you think that was? Helena Abdullah: Afraid of their jobs. I don’t want to mention any names but I know that they were afraid of their jobs, so they wouldn’t participate. Some of them, not all of them, some of them voiced support and money. If y’all need money for whatever. Interviewer: So, they couldn’t publicly support, they would do it privately? Helena Abdullah: A lot of them would do private support because they were afraid of their jobs pretty much. So, you didn’t get a lot of them coming out marching. There were people from the barber shops, the beauty shops, wherever blacks had businesses, and just people’s parents coming out. Young kids, old kids, middle-aged. It was really and truly awe-inspiring and that’s what gave you the courage to do what we were doing because of the support we were getting from the community. Interviewer: How did all this action and activism impact your schooling? Helena Abdullah: At SFA? I ended up quitting, getting married and going to Houston. [laughs] Started raising a family. Interviewer: Because your focus was on? Helena Abdullah: Change. Making some change. One of the reasons I went to Houston was I couldn’t get a job here. I went back to SFA for another semester, but I just didn’t feel into it. So, I was trying to get a job and when I couldn’t get a job in Nacogdoches. Interviewer: Do you think that was because? Helena Abdullah: Oh yeah. Everybody, when you put your “Helena Patton” on your application. Yeah, they know it. So, I was blackballed basically. I was blackballed for a long time. That lasted more than just through my teen years. It lasted into my twenties because when I moved back here, trying to get a job, I couldn’t get a job. It wasn’t until I decided to go back to nursing, that I went to nursing school and came out, that I got a job at the hospital. But I had tried to get a job when I first came back [shakes head]. 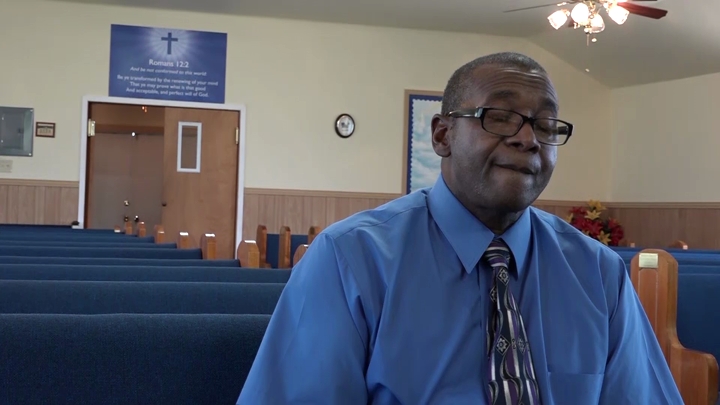