Rizo: Ok, cabrones, you know. So anyway, then, a year and a half later, Darrel Cain blows out Santos Rodriguez's brains! So what good did that report do a year and and a half before? That was a Dallas Police Officer, the original one the year and a half before had been, that the county sheriff's department, and Chief Dyson swore up and down that his police department wasn't like that. You know, it was all in the report. But anyway, we fought and fought and fought, argued and argued and argued and we made a big stink. Well you know about the riot, I wasn't there because my daughter and I had just, hadn't been home from the hospital but two weeks. My mother called me that morning, I was getting ready to go downtown, with the baby. My mother called me and she says 'what are you doing?' and I said 'I'm getting ready.' She says 'you're trying to go downtown, aren't you?' I said 'yes ma'am.' She said, and she taught, she would always speak to me in Spanish, she said, 'tu no vas a salir a ningun lugar, you stay home. You're not taking that baby anywhere, you stay home. This is one time you don't go over there.' Because she knew I'd be in all the marches and all the demonstrations and all that. And then, you know, she was, she got to me. She got to me. She said, 'anything happens over there and you've got that baby with you...' I said 'ok, ok, you got me, ok. I'm staying home.' And then of course we had the riot. You know. So yeah I would've been right in the big thick middle of it, if I had been there. So. And then five years later after Santos was murdered, that was the statute of limitations on the Civil Rights violation. And somehow or another the attorney missed the deadline to file the Civil Rights lawsuit. So I went to the trial, Darrel Cain's trial, they had a change of venue in Austin, and I took a couple of ladies with me from my neighborhood, from the PTA, because it was a state PTA convention going on, but we, instead of going to the PTA- well, we did go to the PTA convention but we mostly went to the trial. We mostly went to the trial. And I sat there and I listened to that testimony and Darrel Cain's wife crying about how she wasn't gonna have anyone support them if he went to prison. Who the- gives a damn, we're talking about blowing out the brains of a 12 year old handcuffed behind his back. Why shouldn't he get castrated and hung in public? Ok? You, I mean, I had to sit there and listen to that because Mexicans didn't count! And you know, that's what we're saying today! So what's different?! Society's different, and this hate, people are being taught to hate. They're being taught to hate. And the Republicans are teaching people to hate. And they use different words for it. But it's hate. And it's racism. If you're, if you're a Mexican- if I didn't have these honey blonde highlights in my hair, I'd look a little more Mexican. I know. You know, and sometimes Mexicans will think I'm anglo. You know, because I'm lighter skinned, then, you know, I have my Spanish blood is showing, you know. My mother, my mother had light skin, you know? But my grandmother that I was named after from San Luis Potosi was, about your color (gestures towards unseen interviewer). Ok? Alright. So what I'm saying is that everything is relative, it's what you're used to and what you're exposed to, but hate is hate! Racism is racism. It doesn't matter what you call it. Your behavior shows it out. 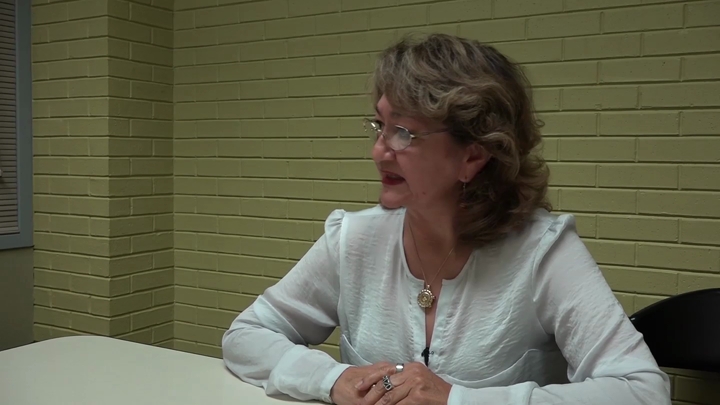 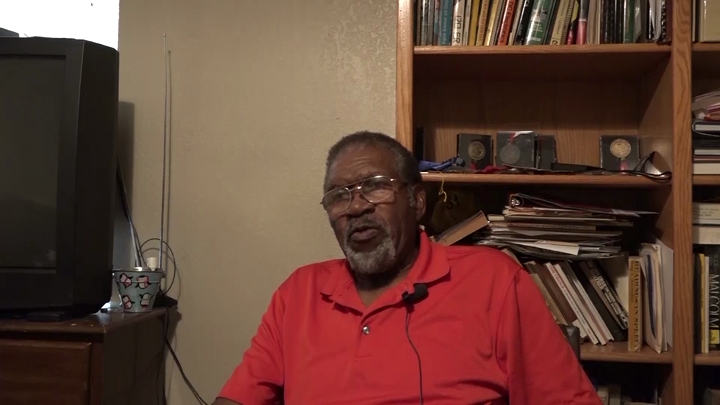 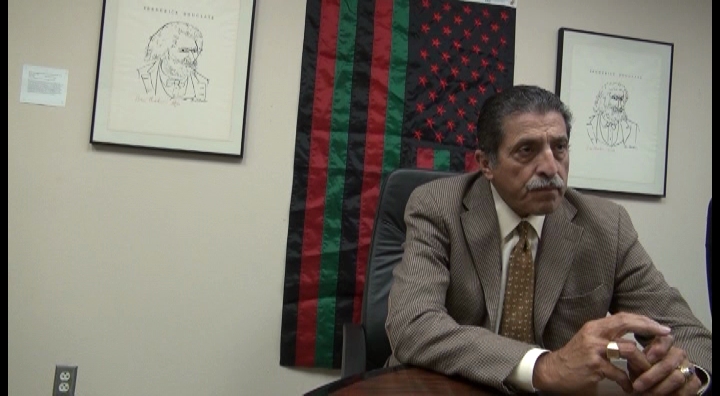 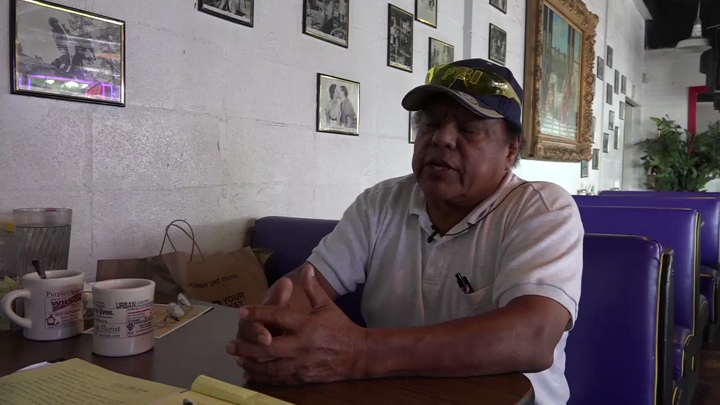 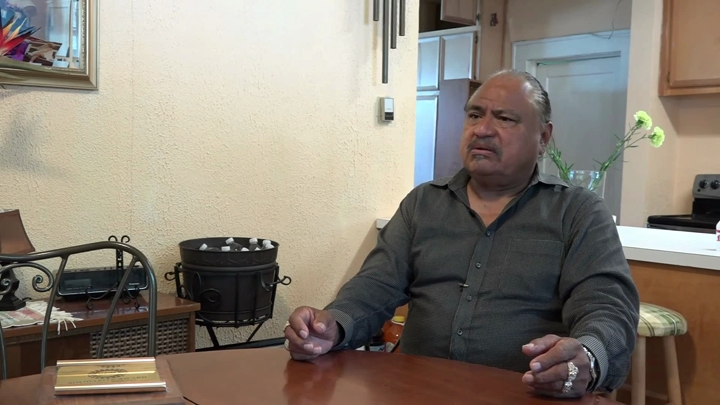